Cyber attackers continued to successfully target organizations in all sectors and of all sizes during 2021. The biggest cyber attacks in 2021 resulted in damaging financial, reputational, and even societal consequences. Security leaders and teams should use the lessons learned from high-profile attacks to improve their organization’s security posture. Let’s look at 7 major cyber attacks in 2021 and the key lessons to learn from them.

Threat actors continued to take advantage of additional security vulnerabilities created by the rapid pandemic-induced change to remote work. When remote work was a factor in data breaches during 2021, one study found the cost per breach increased by $1 million per incident. 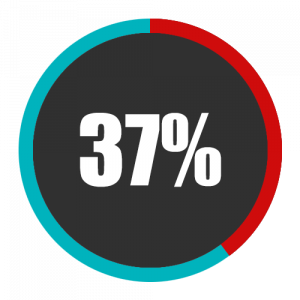 Ransomware remains one of the most significant cybersecurity threats with targets ranging from critical infrastructure to large enterprises to police departments. According to one report, 37 percent of organizations surveyed were hit by ransomware attacks in 2021.

Another worrying trend in several 2021 cyber attacks was a focus on disrupting or infiltrating supply chains. Malicious actors target supply chains because they know that the downstream effects can hit multiple organizations or even result in supply shortages of critical goods and services.

2021 Cyber Attacks That Shook the World

Bearing this landscape in mind, here is a run-through of seven high-profile incidents that made global media headlines. 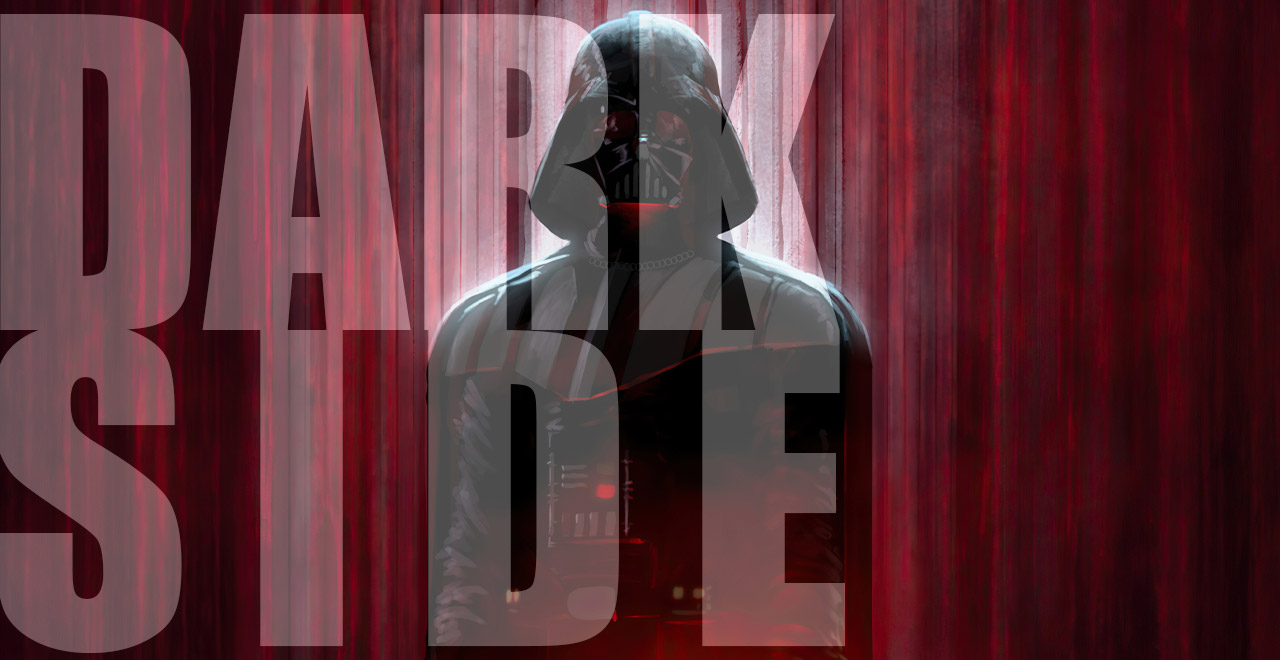 Fearing an eventual lateral movement traversing the boundary between IT and operational technology (OT), the company halted all pipeline operations to contain the attack. The operational disruption lasted five days while Colonial Pipeline responded to the incident.

Part of the response involved paying a $4.4 million ransom to the ransomware gang. The FBI managed to recover a portion of this ransom in the aftermath. The concern around this breach was elevated by media images of panicked motorists queueing to stock up on gasoline because they feared an extended fuel shortage.

Subsequent investigations into the cyber attack on Colonial Pipeline found that the initial attack vector was a stolen password used to log in to a legacy VPN. The threat actors likely found the stolen password in a Dark Web leak list from a previous data breach. The Colonial Pipeline’s CEO, Joseph Blount, had to testify in front of the Senate Homeland Security and Governmental Affairs Committee about how the company handled this attack.

Accellion provides file sharing and team collaboration tools to organizations that are reported to include Morgan Stanley, Shell Oil Company, Kroger, Health Net, Stanford University, and many others. In December 2020 and January 2021, one of the company’s legacy tools, Accellion File Transfer Appliance (FTA), became compromised with multiple zero-day vulnerabilities exploited by UNC2546 and UNC258, two threat actors with links to the Clop and Fin11 ransomware gangs.

In healthcare alone, over 11 organizations were impacted by this supply chain attack. A zero-day attack is particularly challenging because it exploits previously unknown vulnerabilities for which no fix yet exists.

JBS is the world’s largest meat processor with reported annual sales of $50 billion and over 230,000 employees.

On Sunday, May 30, JBS USA discovered it was the victim of a ransomware attack that affected some of the servers supporting its U.S., Australian and Canadian IT systems. The company suspended all affected systems, then contacted law enforcement. 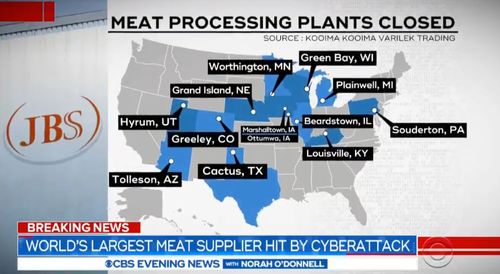 Assistance from the FBI helped to confirm that the prolific REvil ransomware operation was responsible for the JBS meat cyber attack. In a statement made to the media, JBS announced the payment of an $11 million ransom to REvil in an attempt to mitigate the risk of sensitive stolen data being published online.

Since the attack did not affect JBS’ backup data or core systems the company was able to recover from the attack in a few days with minimal disruption to the supply chain. JBS issued press releases on May 30, June 1, June 2, and June 3 to keep customers and the public apprised of the status of the incident.

In April of 2021, Brenntag, a German chemical distribution company, became yet another victim of DarkSide ransomware. Brenntag employs more than 17,000 people worldwide, and the company reported over $14 billion of revenue in 2019. 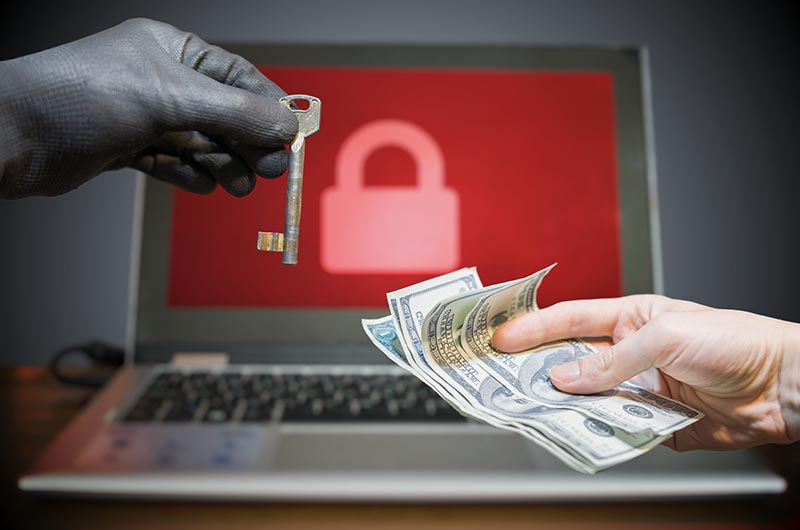 In yet another double extortion attack, DarkSide managed to exfiltrate 150 gigabytes of data from the North American division of Brenntag’s network. After data exfiltration, the Brenntag ransomware payload encrypted multiple devices and files on the company’s network using the Salsa20 file encryption algorithm.

The immediate response to the Brenntag ransomware attack focused on containing the threat by disconnecting affected systems from the network. The company also paid a $4.4 million ransom in return for both a decryption key and not having sensitive data belonging to 6,700 individuals published online. The sensitive data included birthdates, Social Security Numbers, driver’s license numbers, and health data.

Credential theft appeared to play a prominent role in this attack. A ransom note seen by security researchers at Bleeping Computer alluded to the fact that threat actors “bought access to the network”.

Volkswagen has consistently been one of the top-selling automotive brands. In June 2021, details emerged of a significant data breach both at Volkswagen and Audi, one of the Volkswagen Group’s luxury line of vehicles. The breach exposed information belonging to 3 million customers.

For the majority of customers, the leaked details were basic and non-sensitive. However, at least 90,000 people were contacted about sensitive data exposure, including driver’s license numbers, Social Security numbers, and dates of birth.

A spokesperson indicated the Volkswagen data breach stemmed from a compromise at a third-party vendor used by the company. Vice magazine reported that a hacker obtained the data by scanning the Internet for unsecured Microsoft Azure Blobs, which are used to store unstructured data in the cloud.

The Health Service Executive runs Ireland’s public health system. Over 67,000 direct employees help to maintain the health of Ireland’s populace. Several severe Covid-19 outbreaks stressed Ireland’s health system in 2021, and a ransomware attack in May came at the most unwelcome of times.

The installation of a ransomware payload by Conti threat actors completed a two-month operation that severely impacted the HSE’s IT infrastructure. The immediate aftermath of the HSE cyber attack resulted in healthcare professionals losing access to IT systems, including patient information systems, clinical care systems, and laboratory systems.

Equally as severe as this disruption to important health services was the exfiltration of sensitive healthcare data belonging to 1,000 patients. During negotiations about a ransom, Conti gang members began leaking patient data for up to 520 individuals on the Dark Web.

A detailed incident report found that the HSE cyber attack started in March 2021 when an employee clicked and opened a malicious Excel attachment. This attachment provided remote access to the HSE’s IT environment. Threat actors used Cobalt Strike, a penetration testing tool, to escalate their privileges on the originally compromised workstation.

Last but not least in our overview of 7 of the major 2021 cyber attacks is an attack that resulted in one of the largest ransom payments. CNA Financial, one of the biggest insurance companies in the United States, was hit by a March 2021 ransomware attack that encrypted up to 15,000 systems. The threat actors used a ransomware strain known as Phoenix CryptoLocker. 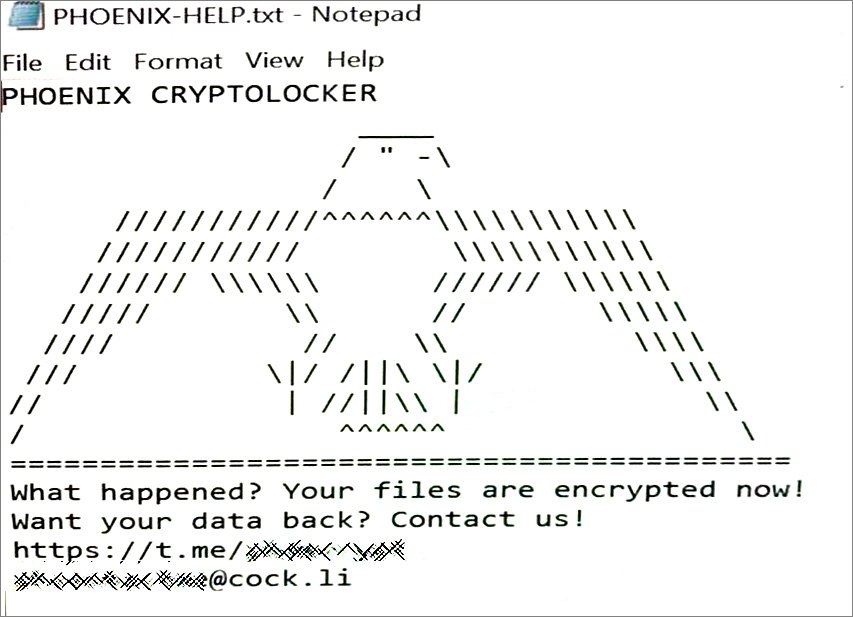 The attack began when an employee downloaded a fake browser update from a genuine website onto his/her workstation. Additional malicious activity helped to elevate privileges from the workstation to get network-wide administrative access. The final ransomware payload took down so much of the company’s IT infrastructure that executives felt they had no other option but to pay for the decryption key. The $40 million CNA Financial ransom payment set a record at the time that remains today.

There are many lessons to take forward from this list of seven major cyber attacks in 2021. Basic security flaws can provide hackers with an easy route into networks; even those belonging to the largest enterprises with the highest security investments. Despite the ease of initial entry, a common thread here is that detection and response capabilities are critical to detecting and preventing breaches.

Businesses stand to gain a far more robust security posture by investing in managed detection and response (MDR). Ready-made expertise in threat intelligence, detection, and response awaits businesses that allocate some of their security budget to MDR services.

Contact Proficio today to see how our leading MDR solution helps businesses like yours defend against cyber threats.